Home Uncategorized How To Memorize The Holy Quran? 8-step Guide

Posted on May 20, 2021 By Quran Classes In Uncategorized 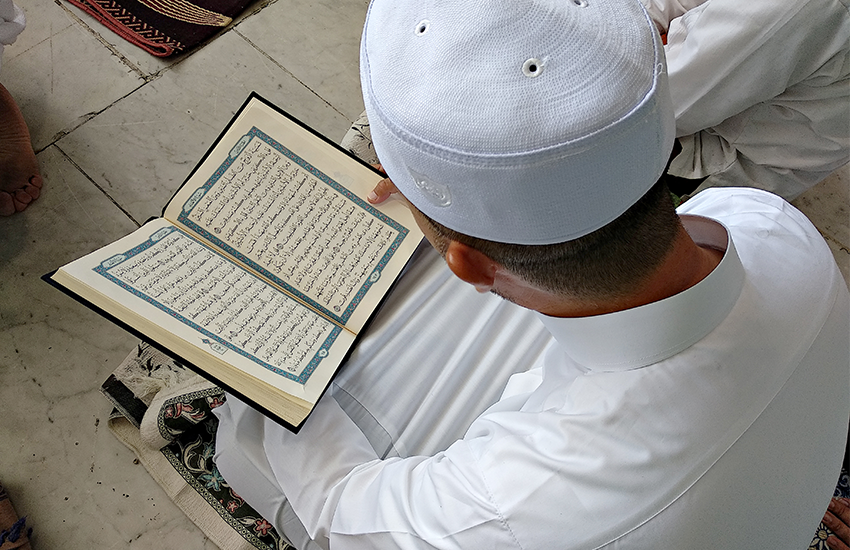 Quran Memorization Techniques: How To Memorize The Holy Quran Easily?

For many beginners, memorizing the Holy Quran is a difficult challenge. However, Allah bestows immense blessings on anyone who memorizes the Quran. You don’t only get a blessing from Allah, but you also have high social prestige.

Quran memorization can be easier if you started in the right way. You’ll memorize Quran easier if you first learned the basics of Quran reading, Quran reciting, and Tajweed. It may seem like a long journey but it’ll make your memorizing progress much faster.

When you’re done with the previously mentioned phases, you may follow this simple step-by-step guide:

How To Memorize Quran By Yourself

The previous easy guide will help you to memorize Quran on your own. You can, however, enroll in an online Quran memorization class with a qualified instructor. You will eventually need the assistance of someone who listens to you reciting by heart and corrects your mistakes.

Online Quran memorizing lessons are ideal if you want to make daily progress in Quran learning and memorizing according to your schedule without leaving your house.

The Muslim who memorizes the Quran has many advantages in this life as well as the afterlife. People who memorize the Quran are called Allah’s and Islam’s people because they hold the Book of Allah, the Mighty and Sublime, apply its guidelines, and teach it to all people.

Therefore, the prophet (PBUH) announced that the Muslim who memorizes and teaches the Quran to all people is the greatest of all Muslims and nations.

Furthermore, Quran comes on The Last Day (Yaum Al Qiyamah) as an intercessor for its reciters. Abu Umamah -may Allah be pleased with him- narrated that the Prophet (PBUH) said:

“Recite the Quran, for it will come as an intercessor for its reciters on the Day of Resurrection”

The Hadith mentioned Quran reciters, but the same applies to Quran memorizers as well.

What Are The Benefits Of Memorizing Quran?

There are unlimited benefits to the one who memorizes the Holy Book of Allah, these benefits apply to both today and your afterlife.

Some of these benefits include:

Who Was The First Person To Memorize The Holy Quran?

Who Was The First Woman To Memorize The Holy Quran?

Memorizing Quran was not limited to males in the past. Women used to read, teach and memorize Quran as well. Hafsa Bint-Umar was the first woman ever to memorize the Holy Quran. Followed by Fatima Az-zahra, Aisha Bint-Abi-Bakr, and Umm Salamah – may Allah be pleased with them all -.

How Long Does It Take To Memorize The Holy Quran?

It probably takes you 3 or 4 years to memorize the Quran and sometimes more. The total duration depends on your fluency as a student to recite Quran before memorization, your age, and the method your teacher is using.

You can always lessen this duration by dedicating more time to Quran learning and memorizing or by finding a trusted Quran tutor online to help you with your steps.

How To Memorize The Holy Quran In One Year?

It’s true that it often takes 3 or 4 years to memorize the whole Quran, however, some people may want to achieve that in just one year so, is it even possible?

How To Memorize Quran And Never Forget It?

If you keep forgetting what you memorized from Quran, you’re not alone! The Holy Quran is known to be easily forgotten. Prophet Muhammad (PBUH) once said:

“Keep refreshing your knowledge of the Quran for [I swear] by the One in whose hand the soul of Muhammad is, it is more liable to escapes [from memory] than camels do from their hobbles”

Quran is easy to memorize, by the words of Allah, but it is as easy to forget. The solution was also mentioned in the previous Hadith: refresh your knowledge. The key to never forgetting Quran is to never abandon it and to always revise what you memorized.

To ensure that you don’t forget the Quran while memorizing it, make sure to: