Home Online Quran Classes What Happens If You Memorize The Quran? 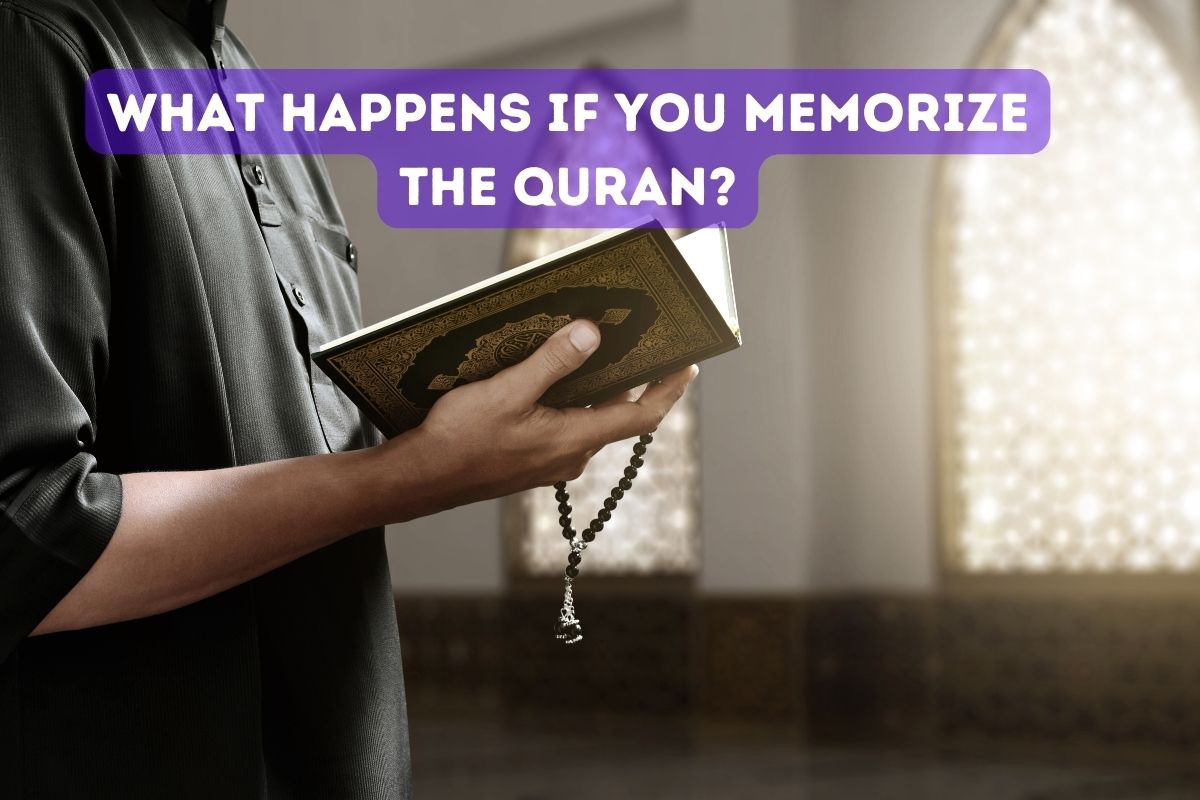 What happens if you memorize the Quran?

There a Hadith on memorizing the Quran narrated by Al-Tirmidhi and Abu Dawood narrated from Abd-Allaah ibn ‘Amr that the prophet peace and blessing be upon him said:

“It will be said to the companion of the Qur’an: Recite and rise in status, recite as you used to recite in the world, for your status will be at the last verse that you recite.”

Al-Albaani said that the “companion of the Qur’an” in the hadith means the one who knows and memorizes the Quran by heart.

“The one who knows more Qur’an should lead the people in prayer.

You should memorize the Quran only for Allah and not for showing off or any other reason.

Al-Bukhaari narrated that the prophet (PBUH) said the following about the rewards of memorizing the Quran:

Quran and fasting will be a witness on us on judgment day. As the prophet (PBUH) said:

[Narrated by Ahmad, al-Tabaraani and al-Haakim]

What are the virtues and Importance of Memorizing the Quran?

There are many Hafiz Quran around the world and that is for a good reason. And here we will mention some of them:

Understand the purpose of life and Allah’s creation:

When you read and memorize the Quran you will understand why Allah created us and everything around us.

Amazingly, memorizing the Quran will sharpen your memory, and help you memorize and recover the information faster.

Memorizing and reading Quran will guide you:

The Quran is not just about the past. The holy Quran is for all times and all the matters of life. It’s like a light that never fades.

Learn how to deal with life problems:

Allah said in the Quran:

“And we have certainly presented for the people in this Quran from every example that they might remember.”

What we understand from the verse is that Allah has shown many examples and stories in the Quran for us to learn from and guide us in our life problems.  When memorizing the Quran will guide you through your darkest moments.

Know what is right and what is wrong:

The holy Quran shows us what’s right from what’s wrong telling us what sin is and what is not. The Quran teaches us to have patience and always have faith in Allah. And to know that no matter what happens for you it’s for a good reason that only Allah knows.

Reading and memorizing Quran show us the wonders of Allah and that there is nothing impossible to him:

No matter how impossible your wish sounds Allah can always make it come true and solve all your problems.

Quran rewards us in the afterlife:

The prophet peace and blessing be upon him said:

“Read the Quran for it will come as an intercessor for its reciters on the Day of Judgment.”

Also, the prophet said that it saves a person from the hellfire, he said:

“If you place the Quran in the cuticle and then you throw it in the fire, it will not burn.”

Memorizing and reading Quran grants us many rewards, as the prophet said:

“Whoever recites a letter from the book of Lord, he will be credited with the good deed and a good deed gets a tenfold reward?”

If you are stuttering or find it hard to read the Quran Allah will reward you for trying:

Not being able to read all the words or understand it might be frustrating. But always keep in mind that you are doing this for Allah and you will be rewarded and with a little practice you will be good at it.

Fulfilling what we are instructed to do:

As Muslims, we were instructed to read the Quran every day and understand its verses and message to use Allah’s guidance in our daily lives.

Reciting Quran grants us many rewards:

“Verily the one who recites the Quran beautifully, smoothly and precisely he will be in the company of noble and obedient angels.

And as for the one who recites with difficulty stumbling (or stammering) through its verses, then he will be rewarded twice.” (Sahih Al-Bukhari)

From this hadith, we can see that trying to read and memorize the Quran even though you’re struggling you will be rewarded.

The prophet also said about memorizing the Quran:

“It will be asked to the companion of the Dunia Read and elevate (through the levels of Jannah) and beautify your voice as you were used to doing when you were in Dunia!

Indeed, your position in the Jannah will be at the last verse you recite!” (Abu-Dawood)

Memorizing the Quran will put you in a higher place in heaven.

You will start to understand how good it feels to help the one in need, to be there for others when they need you the most.

You can read the Quran anytime and anywhere:

Sometimes you feel lost or sad and you want to read the Quran to calm you down and help you get relieved but you don’t have a Mushaf with you. When you memorize the Quran you won’t face this problem anymore.

You can even take online Quran classes on your phone or computer at any time or anywhere. It’s truly a magical time for learning.

How many Hafiz Quran in the world?

No one knows how many Hafiz Quran is in the world. People memorize the Quran and they don’t tell, it is a sign of being humble. Going around and telling people that you managed to memorize the whole Quran is called showing off and taken as a sign of arrogance.

There are many hafiz Quran around the world, and it is a good idea to follow their lead and become one.

Now that you know what happens if you memorize the Quran, maybe it’s time to start your own journey. Start by exploring our Online Quran classes here.

How Do I Become a Hafiz Fast?
How to Read The Quran Without Mistakes