Home Uncategorized What Is The Central Teaching Of The Quran?

Posted on September 9, 2021 By Quran Classes In Uncategorized 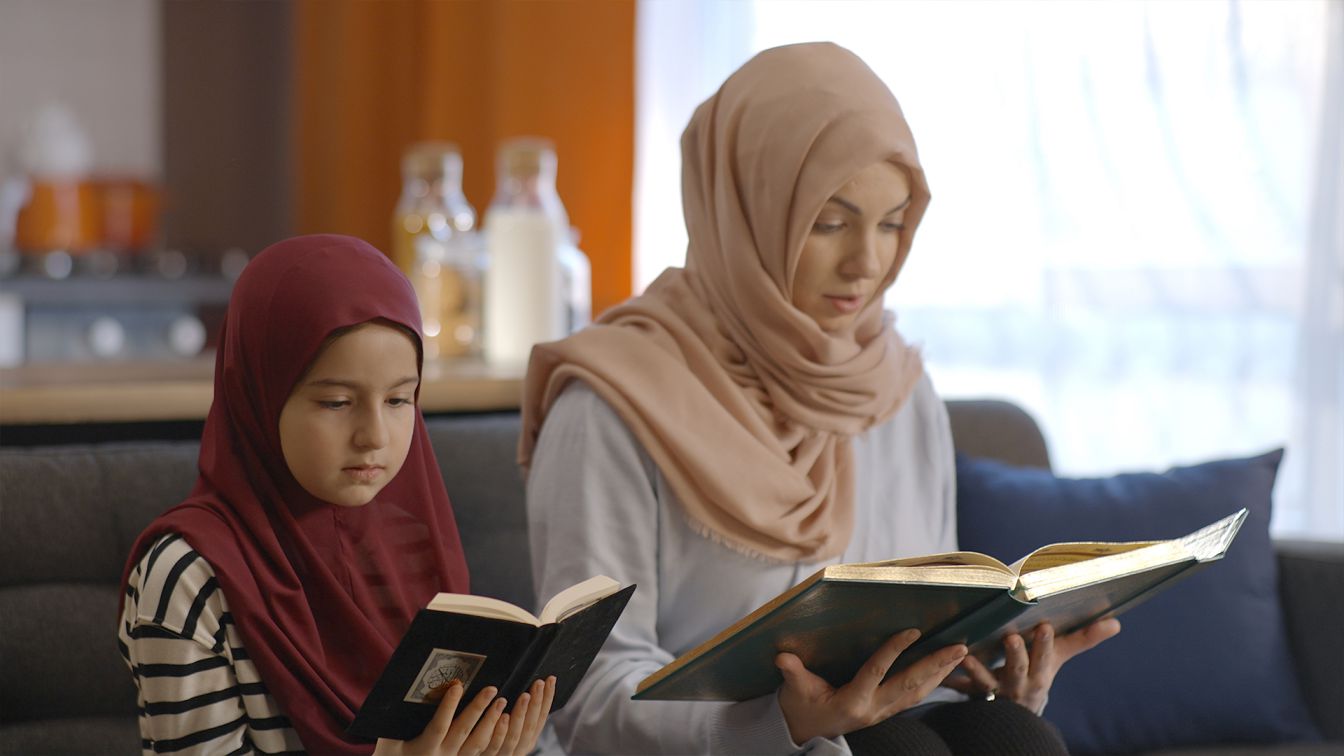 The sacred book of Muslims, the Quran, gives us many life-changing teachings. Each Juz, Surah, and Ayah has its own distinct significance and message from which we Muslims can draw life guidance. But what is the central teaching of the Quran?

Keep reading to know more about the central teaching of the Quran and the most important life lessons we get from this Holy Book.

Why Was The Quran Revealed?

The Prophet Muhammad (Peace Be Upon Him) was chosen to tell the people there was only one God, how to worship Him and how to treat all of his creation. This only God is Allah SWT. his only religion is the religion of Islam.

The main aim of the Quran’s revelation is to guide people to the only God and follow his religion; Islam. The Quran itself has ayat (verses) that describe why this book was revealed to Prophet Muhammad. For example:

“This blessed book has been revealed so that people fear the torment given by Allah Almighty through it.”

It instructs us on how to spend our lives appropriately. It provides advice on many aspects of life. Through thick and thin, it counsels, advises, teaches, and enlightens Muslims.

What Is The Central Teaching of The Quran?

the oneness of God (Tawhid), in the sense that he is one and there is no god but he, as stated in the shahadah formula: “There is no God but Allah and Muhammad is His prophet.”

Tawhid further refers to the nature of Allah SWT. He is a unity, not composed, not made up of parts, but simple and uncompounded.

The doctrine of the unity of Allah SWT and the issues that it raises, such as the question of the relation between the essence and the attributes of Allah, reappear throughout most of Islamic history.

However, in Sufi terms, tawhid is understood in a pantheistic meaning; all essences are divine, and there is no ultimate existence other than Allah’s. The science of tawhid, according to most Muslim academics, is the systematic theology by which a higher knowledge of Allah may be attained.

Nevertheless, knowledge of Allah can only be attained via religious experience and direct vision, according to the Sufis.

The second part of the central teaching is that prophet Muhammad (PBUH) is the prophet of Islam and the last of messengers. He is also known as the ‘Seal of the Prophets’. He came to spread the complete message of the perfect religion; Islam once and for all.

What Are The Most Important Life Lessons from The Quran?

Given that the Quran is a book of counseling, directing, guiding, and training, we have compiled a list of the most significant life teachings from the Quran for your enlightenment, clarity, assistance, and leading your life in the right direction.

When Allah tests his people, he cleanses them of their misdeeds. Allah clearly teaches that Muslims should seek assistance via patience and prayer and that Allah will finally alleviate the suffering. The Qur’an instructs us to be patient through tough circumstances and to train ourselves to be patient rather than giving up.

“And seek help through patience and prayer and indeed, it is difficult except for the humbly submissive [to Allah].”

When someone harms you, you have two choices. Either seek vengeance, do whatever they did, and talk, or remain calm and exhibit decency and compassion. Muslims are commanded in the Quran to choose compassion and to be nice to everyone, not just a certain set of people.

According to the Quran:

“Worship Allah and associate nothing with him, and to parents do good, and to relatives, orphans, the needy, the near neighbor, the neighbor farther away, the companion at your side, the traveler, and those whom your right hands possess. Indeed, Allah does not like those who are self-deluding and boastful.”

When Allah SWT hears us thanking Him for all his immense bounties, He bestows more of them. That’s why it’s important to be always grateful for Allah’s blessings instead of focusing on what we lack. We should thank Allah for good and bad, as even the bad situations help our sins to be erased.

The Quran clearly states that Muslims should speak the truth in every circumstance for the betterment of worldly life and life after death.

“When you speak, be just, even though it concerns a near of kin”

A Muslim should never lie. Not just that, but they should never participate or encourage others’ lies. As Allah SWT stated in the Quran:

“And do not argue on behalf of those who deceive themselves. Indeed, Allah loves not one who is a habitually sinful deceiver.”

Lying, especially lying about Allah SWT and His laws, is a symptom of injustice and results in extreme humiliation in the afterlife.

And if you could but see when the wrongdoers are in the overwhelming pangs of death while the angels extend their hands, [saying], ‘Discharge your souls! Today you will be awarded the punishment of [extreme] humiliation for what you used to say against Allah other than the truth and [that] you were, toward His verses, being arrogant.”

Put up with challenges

Challenges and difficulties are parts of our human existence. In Islam, when you put up with those challenges, you’re greatly rewarded.

The Quran reminds us of our difficulties, which present us with opportunities to grow. Every human being will experience hardship at some point in their lives, thus Allah instructed us to pray, be patient, and wait for the proper moment to arrive.

“Verily, We shall put you to test with some fear and hunger, and with some loss of wealth, lives, and offspring. And convey good tidings to those who are patient, who say, when inflicted by hardship, ‘Verily we are of God and verily to Him shall we return;’ upon them is the blessings of Allah and His mercy.”

Gossip and badmouthing are the ultimate source of division, and the majority of individuals feel better by exploiting and presenting others as bad people in order to appear good. However, Allah and His Prophet (PBUH) forbade idle chatter and gossip.

“and turn away whenever they hear frivolous talk, saying, ‘We have our deeds and you have yours. Peace be with you! We do not seek the company of ignorant people.”

(Surah al-Qasas)
Do you want to learn more about the Quran and its teaching? Sign up for an online Quran course in Quran Classes and spare no time! You may also find Quran classes for kids with professional tutors to make sure you put them right on track

Benefits And Drawbacks Of Online Quran Classes For Beginners
How To Learn Quran By Heart? An Easy And Effective Approach